They Haunted Most Thickly 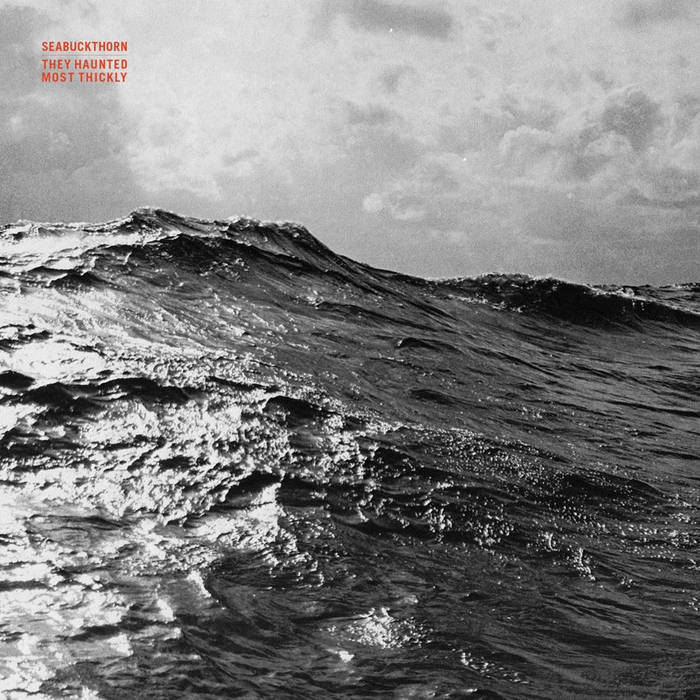 K.Schr. This is a frozen trail through mountains . just great Musik to get pictures into your head. Favorite track: Burnished.

Scott Whatever movie this album is clearly the fictive soundtrack for, I need to see it. Atmosphere clouds around your face as you listen. Favorite track: Eve Of The Rains.

Yair Yona it's an incredible album, very inspiring to hear an original guitarist who gives a great importance to sound and atmosphere. A kind of an interesting cross between Greg Malcolm and Basho. It made me go and pick up my guitar. That's a good sign.

"You might think that there are enough solo guitarists already, but Cartwright is able to construct a pretty particular sound which makes him stand head and shoulders above the competition. (...) A better comparison is the work of Grails at the time of their classic Burning Off Impurities, though without the post-rock climaxes. Or the film music of the composer Gustavo Santaolalla. The way the high pulsing triplets in opener "Eve Of The Rains" are pulled open by a compelling melody would be perfect for a Iñárritu movie."
Enola Magazine.
Full Review (Dutch) - ow.ly/RnYlp

"This record doesn't sound like anything else in our collection and on which no label could be placed (we read “panoramic folk” somewhere, there is some of that) – seems to be gaining in thickness and majesty with each listen, where one is wondering if this is the only record we will listen to this summer."
The Drone.
Full Review (French) - ow.ly/PMHST

"An album that is different from the linear expression of fingerpicking, raising its language to a constituent element of a substantially ambient music, created and finished in an original way, exclusively from acoustic strings."
Music won't Save You.
Full Review (Italian) - ow.ly/SEHK2

"They Haunted Most Thickly is an act of respiration: inhaling the calm and clarity of the outdoors, ejecting black burden of curdled stress and apprehension."
ATTN:Magazine.
Full Review (English) - ow.ly/UHr3K

"Cartwright shows an impressive balance of restraint and virtuosity in his playing, from building up bubbling, open-ended rhythms and textures or articulating intricate melodies. There’s an elemental mystery to the atmosphere conveyed that makes me think of Ben Chasny’s work in Six Organs of Admittance, Dean McPhee and more drone-oriented Americana practitioners like Robbie Basho or Jack Rose. But this isn’t a just record of solo guitar picking (or spooky bowing) by a long shot, it feels meticulously put together with layers of overdubs, richly textured percussion and brooding reverb-drenched atmospheric sounds."
Norman Records.
Full Review (English) - ow.ly/ETFz300qZKs

"The easiest way to review something is to say that it’s similar to something else or maybe to say that it’s like the best bits of one thing mixed together with the best bits of something else. Therein lies the problem for 'They Haunted Most Thickly'. It’s actually unlike anything I’ve listened to before. It is acoustic and it is folk music but the folk stories it refers to are not specific tales or themes, they are folk experiences, they are recollections of occurrences buried so deep that you can’t find specific events to hang the feelings on to, you just know that you have been there before."
Record Collector, Norman Records.
Full Review (English) - ow.ly/ETFz300qZKs

"Immersive, intense, vast, strange, in a word: beautiful, They Haunted Most Thickly has no equivalent among my collection."
Records Are Better Than People.
Full Review (French) - ow.ly/ShUA3096IZz